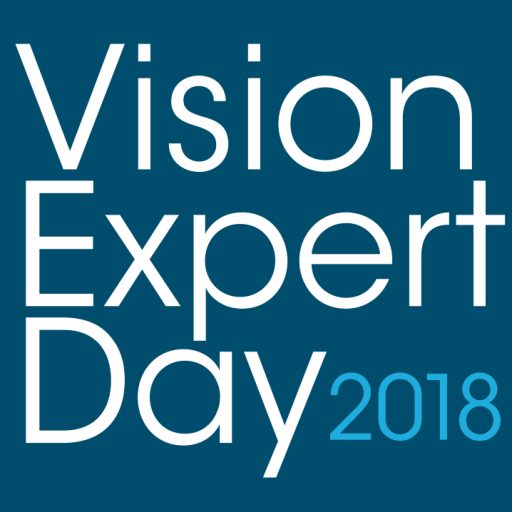 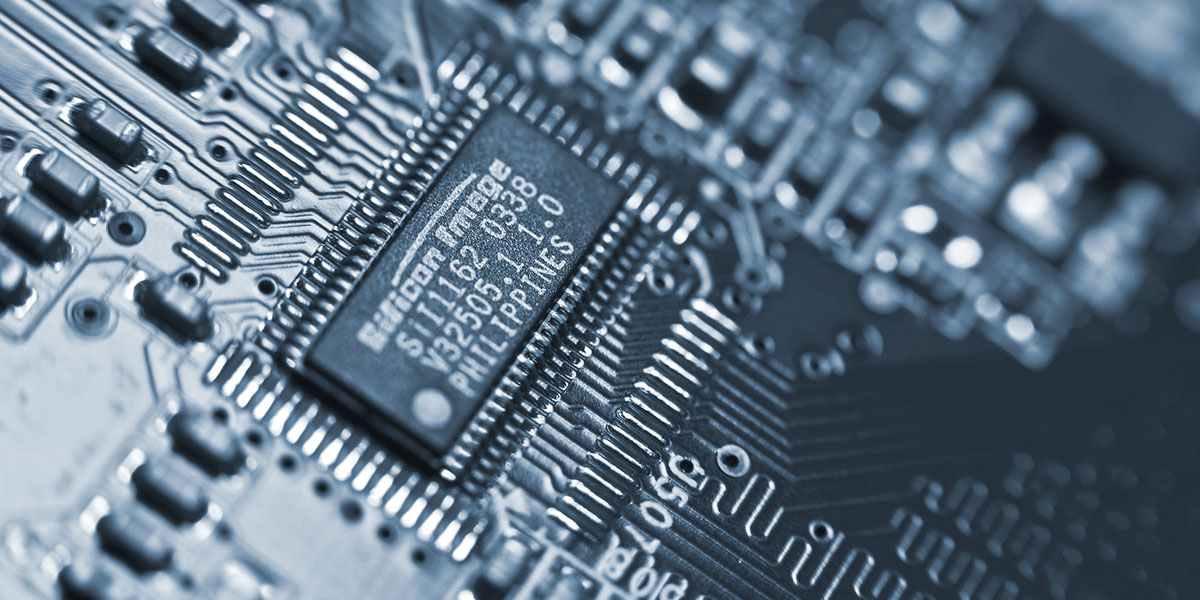 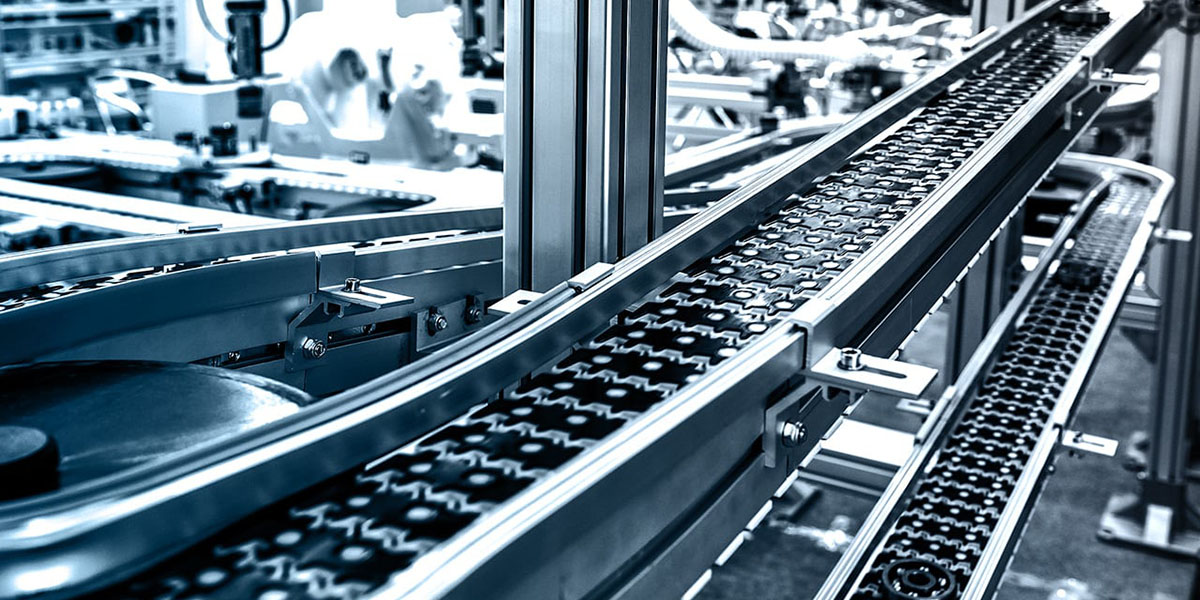 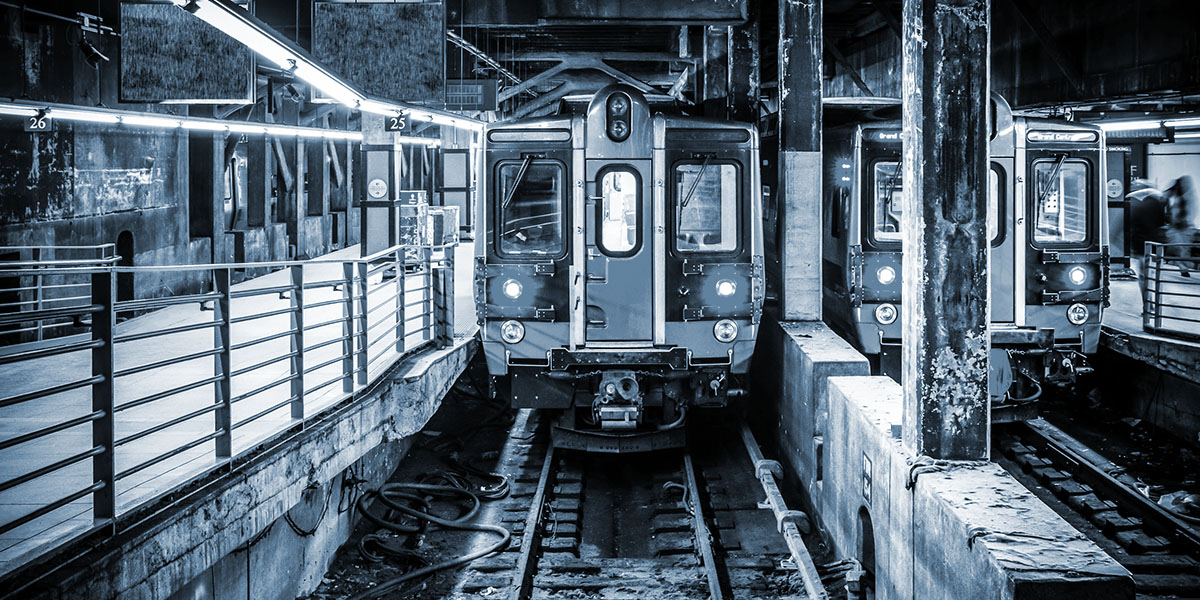 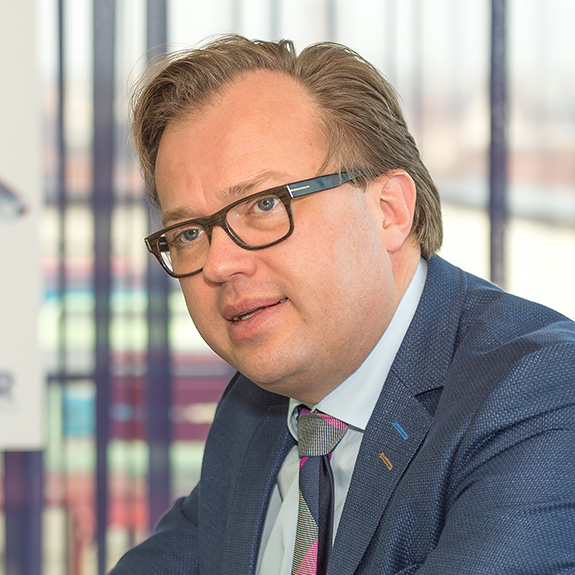 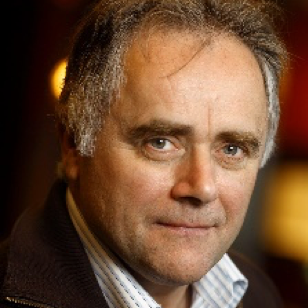 Albert Theuwissen Harvest Imaging
Albert Theuwissen received the degree in electrical engineering and his PhD from the Catholic University of Leuven (Belgium) in 1977 and 1983 respectively. Over the last 25 years he worked for Philips and DALSA, both in the field of solid-state imaging. He issued several patents and he is author or coauthor of many technical papers, including a textbook “Solid State Imaging with Charge Coupled Devices”. He acted as general chairman of the International Image Sensor Workshop in ’97, ’03, ’09 and in ’15, and as International Technical Program Chair of the ISSCC2010. In March 2001, he became part-time professor at the Delft University of Technology, the Netherlands. He left DALSA in September 2007, and founded Harvest Imaging. Since then he is fully focusing on training, teaching and consulting in the field of solid-state imaging technology. In 2011 he received the Electronic Imaging of the Year Award and in 2017 he was elected as the President of the International Image Sensor Society.
noise tech training
Noise in imagers: where does it come from?

Noise in image sensors is a key parameter that determines the image quality, especially in those applications that have to make use of low light levels. The noise level in imagers was never ever too low, it is always too high. A very important question in the discussion about noise is “Where does the noise come from and what can be done about it to minimize the noise level?”. In this presentation some of the root causes will be explained for those noise sources that play an important role in machine vision applications. It is important to realize that in an image sensor three types of noise can be distinguished: temporal noise, spatial noise and signal-dependent noise. All three groups will be discussed and some major characteristics of these noise sources will be highlighted. 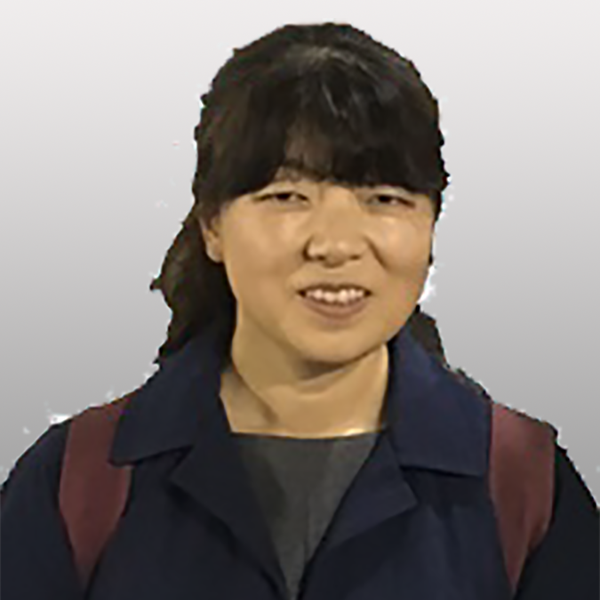 Miho Akahide Japan Industrial Imaging Association
Miho Akahide has been engaged in the development of high speed interface for image sensor about 10 years. The development was started to meet the requirements of high speed Interface for image sensor. In 2017, she joined JIIA and has started standardization of SLVS-EC as an embedded vision Interface as the chair of Embedded Vision I/F working group.
sensor tech new tech insights
Embedded Vision and the Sensor InterFace Standard “SLVS-EC IF”
Abstract follows.

Kazunari Kudo Toshiba Teli
Kazunari Kudo started his career in 2001 as a software engineer at Toshiba Teli Corporation in Tokyo Japan. He is known as a jovial contributor of the GenICam (Generic Interface for Cameras) reference implementation, and GenApi, since 2014. He likes creating something awesome through collaboration with motivated people in this industry.
Dual USB3 solves the need for more bandwidth

CMOS imaging sensors have drastically evolved their performance but this also brings along a question: how should we maintain bandwidth as a resource? Toshiba Teli Corporation introduces a way to fully utilize those high-performance sensors by involving knowledge of USB3. 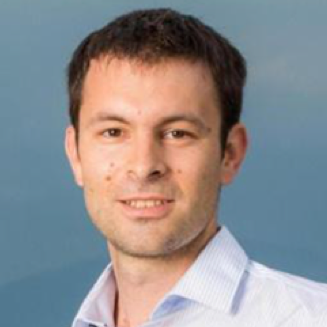 Each year, the global industry produces thousands of billions of devices and goods with a steady challenge on price, quality and time-to-market. This presentation explains why, in the next decade, the Machine Vision industry will face the most important change since the progressive transition to CMOS sensors. Far away from the first generations of Global Shutter CMOS sensors, our guest expert will invite participants to discover how new True-CDS structure and innovative features will play a major role in the future industry and how they will push forward performance beyond current standards. 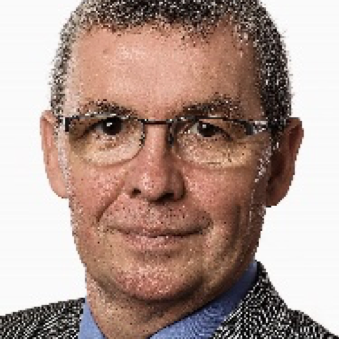 Jörg Blaetz Schneider Kreuznach
Jörg Blätz is Key Account Manager for Schneider Kreuznach Industrial Optics Division, responsible for the European distribution and support of the leading key account customers in the Machine Vision market. Jörg joined Schneider in 2001. Before taking his present job, he was product and sales manager with a company in the field of computer controlled high resolution measurements as well as with a company producing image processing systems for precise tool measurements. holds a degree as engineer in technical physics from the college of applied sciences of Wiesbaden.
lenses new tech insights
Insights for optimum lens selection in a time of revolving sensor diversity and specifications

Today’s sensors evolve in the direction of higher pixel numbers but smaller pixel sizes, combined with an increased variety of sensor sizes. This requires a very careful lens selection in order to comply with the crucial sensor features and to exploit the sensor’s full capability. Consequentially, lens selections and special designs are required to provide an optimal sensor-lens combination for specific applications. The increased number of different lens types and series makes the right lens choice even more challenging. This presentation gives insight on what lens, sensor and application characteristics to take into account to make a proper lens selection. 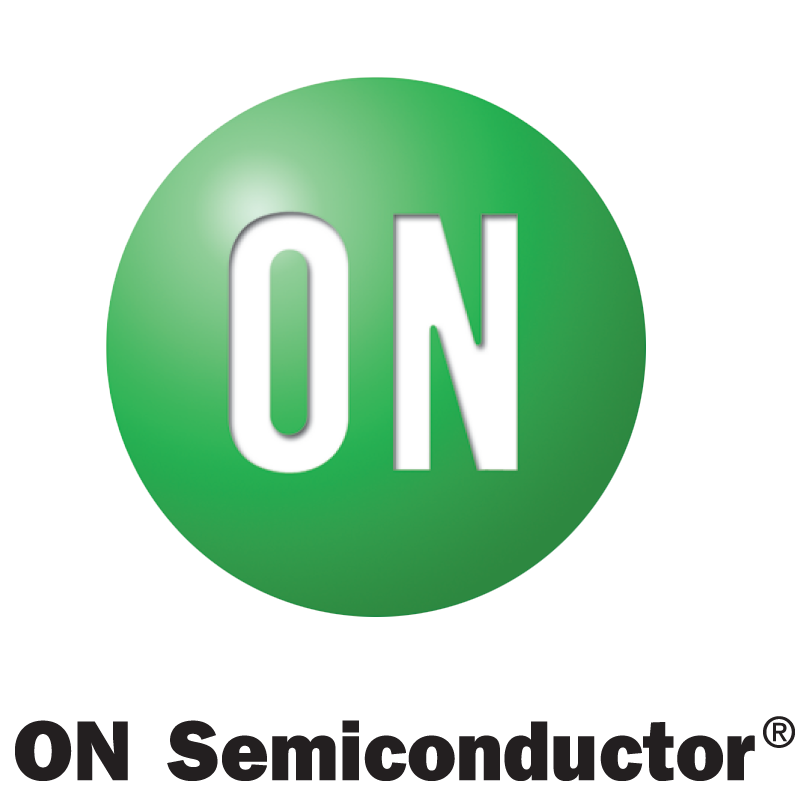 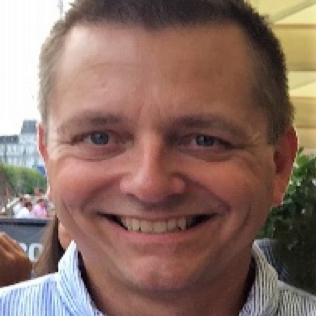 Brian Benamati ON Semiconductor
Brian L. Benamati received BS and MS degrees in Electrical Engineering from Rochester Institute of Technology, Rochester NY. In 1980 he joined Eastman Kodak Company, where he was involved in the development, fabrication and commercialization of CCD and CMOS image sensors. In 2011 he became a Product Marketing Engineer for Truesense Imaging responsible for new product introduction of high performance CCD and CMOS Image Sensors for Industrial applications. His role transitioned through the corporate acquisition by ON Semiconductor, where is now Strategic Marketing Segment Manager for Specialty markets including Defense, Scientific, and Medical applications. His recent work is concentrated on imaging applications in extreme low light scene conditions including persistent surveillance.
sensor tech new tech insights
Image Sensor Solutions – Developing a Comprehensive Portfolio to Serve a Wide Variety of Markets and Applications

In today’s ever-changing marketplace, customer requirements for imaging applications are becoming more and more specialized while technologies are enabling exciting new thresholds of performance. This presentation will examine how the key requirements of end users are conveyed to system integrators and then result in performance specifications required of camera makers and chip makers. While it is essential that the voice of the customer is clearly interpreted in order to select technologies used for future product development, this is a continuous process that must prioritize development of these new products in light of the real world realty of resource constraints, competitive pressures and business profitability. When done well, the result of this process is a family of differentiated products that offer unique benefits to customers and in turn, progress for the imaging industry as a whole. 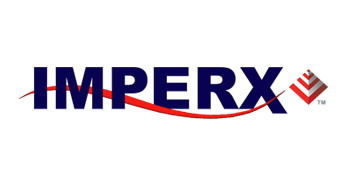 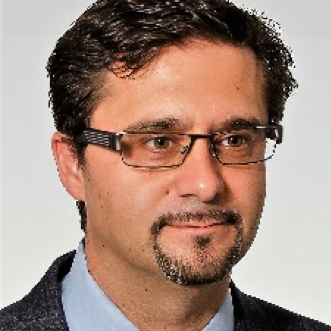 How do we capitalize on the sensor technology of today? The higher resolution and faster cameras yield more throughput and profitability. We are now doubling or even tripling the resolution of only a few years ago. Financially, customers are taking advantage of this with more accurate and faster results. Since the technology of today has introduced sensors that have breached the 25 Gigabit per second barrier, we need to respond with a camera platform designed to not only be fast enough for today’s sensors, but future sensors as well. Imperx’s design philosophy is to implement camera platforms which share unique features over a range of sensors. Each platform is unique to the sensor type both in mechanical design and with large FPGAs to support the feature rich platforms for the use of the sensor optimally. These features provide technology inside the camera that offloads other equipment by doing pre-processing onboard. As we look towards the future, we are constantly evaluating processing technology inside the camera and outside to improve total imaging performance. 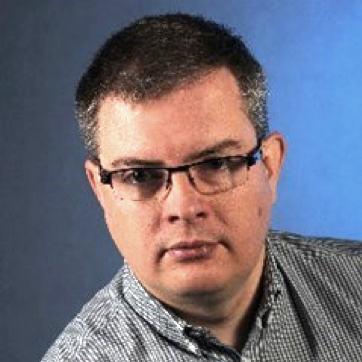 Arnaud Darmont EMVA
Arnaud Darmont has worked for over 15 years with and designed CMOS image sensors and cameras for automotive, industrial, oil&gas, medical and scientific applications, many of them had HDR or environmental requirements. He worked for Melexis before being the founder of Aphesa. He participated to the research and design of one of the first automotive HDR CMOS image sensors and developed the related characterization and production tests. He holds a Master in Electronic Engineering from the University of Liège, Belgium and an AIA Vision Advanced certification. He has recently been appointed as part time manager of standards for the European Machine Vision Association.
camera design interfacing standards new tech insights
Vision standards update. Challenges in the camera design process.

Industrial cameras are no longer a conversion between an image sensor and an analog video output. They have evolved with more speed, higher image quality, more features, embedded processing capability and complex communication interfaces. This presentation is an overview of camera architectures, including the Gencam based computer communication interfaces liked USB3-Vision, GigE-Vision or CoaXpress as well as the performance specification and performance analysis based on the EMVA1288 standard. Other design standards like the JIIA lens mount standard and other future standards under discussion are also mentioned.

Albert Theuwissen Harvest Imaging
Albert Theuwissen received the degree in electrical engineering and his PhD from the Catholic University of Leuven (Belgium) in 1977 and 1983 respectively. Over the last 25 years he worked for Philips and DALSA, both in the field of solid-state imaging. He issued several patents and he is author or coauthor of many technical papers, including a textbook “Solid State Imaging with Charge Coupled Devices”. He acted as general chairman of the International Image Sensor Workshop in ’97, ’03, ’09 and in ’15, and as International Technical Program Chair of the ISSCC2010. In March 2001, he became part-time professor at the Delft University of Technology, the Netherlands. He left DALSA in September 2007, and founded Harvest Imaging. Since then he is fully focusing on training, teaching and consulting in the field of solid-state imaging technology. In 2011 he received the Electronic Imaging of the Year Award and in 2017 he was elected as the President of the International Image Sensor Society.
noise: practical “camera performance testing” tech training
Imager datasheets versus real performance

What can be learned from a commercial datasheet and what cannot be learned? What does a datasheet tell you about the sensor performance and what is hidden by the vendors? The truth is that a datasheet informs a customer about the best performance that one can get out of an image sensor, but that will never be reached in real application. Just a simple example: the data sheets are defined for a sensor operating at room temperature, but (without cooling) there is not a single camera on the market that does operate at room temperature. And unfortunately there is not a single sensor/camera noise source that does require a high temperature, noise is only getting worse at higher temperatures.The presentation will compare an existing datasheet with real measured data of the sensor in an existing camera. It will be explained:

Experience this event online by logging into the member area.
View and download the presentations and watch all the videos:

In collaboration with the following technology partners: 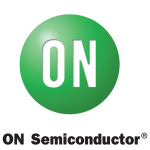 Scroll back to top
Password Reset
Please enter your e-mail address. You will receive a new password via e-mail.